THE SHEPHERD'S LIFT
The national wrestling style called "trînta" is practised in all villages of the Republic of Moldova during local celebrations. The community gathers around an improvised mattress, where men's naked muscles are on display and the stronger and faster wins. A rich symbolic background based on traditions, land and frame of beliefs composes the essence of the Moldovan wrestling style within the family of the Greco-Roman's.
Moldova is an agricultural country, surviving on what the fertile ground produces: these boys learned from their fathers that the "trînta" competition is their chance to empower in the community, and their bodies know how those movements and rules perfectly fit their short stature and extreme strength, built on hard work in the Moldovan countryside.
Year after year, the number of inhabitants and participants drops dramatically as the emigration rate from the country rises. "Trînta" and celebrating traditions is an unique chance when the locals and the visiting diaspora reunite, while supporting the fight for the survival of their identity. 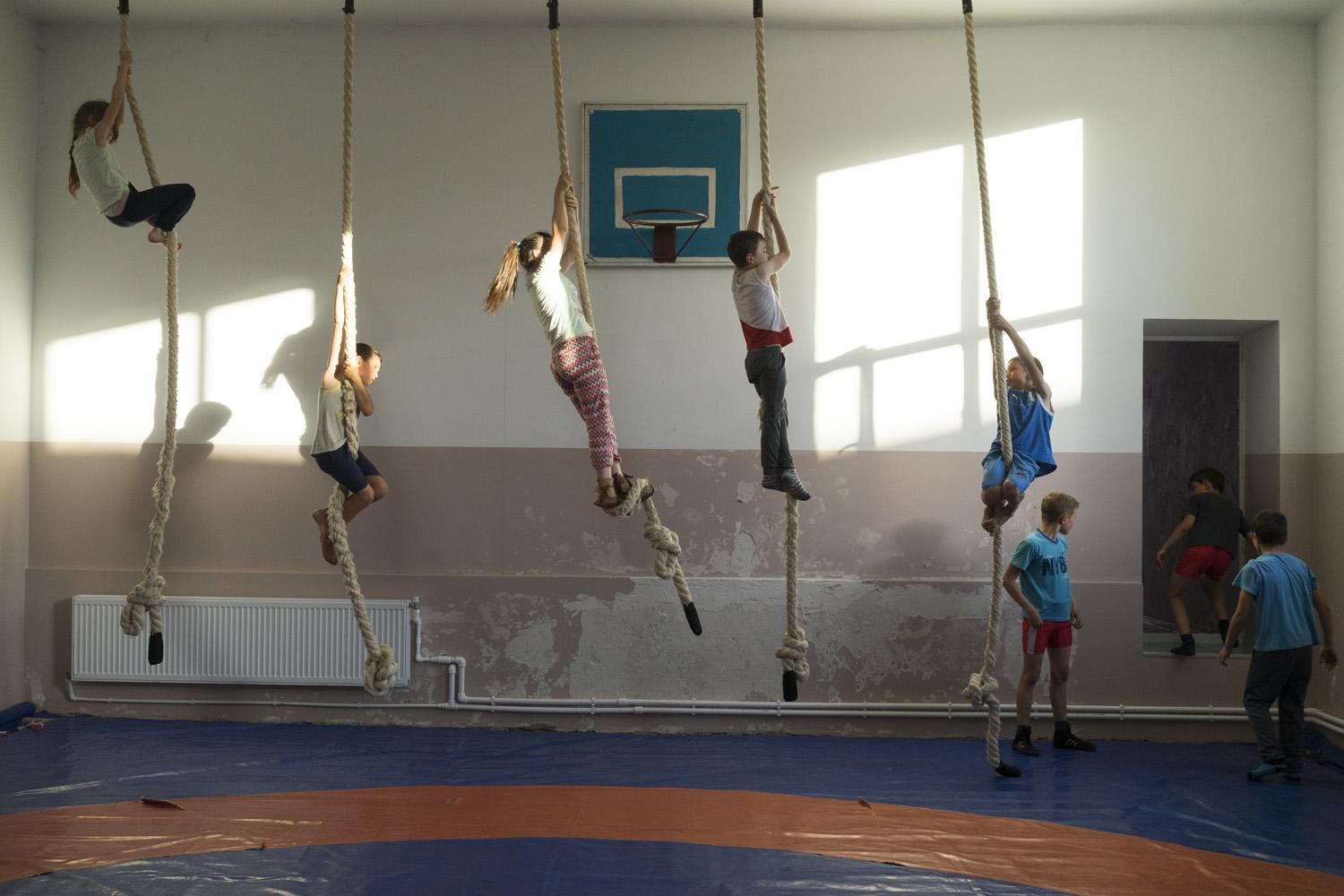 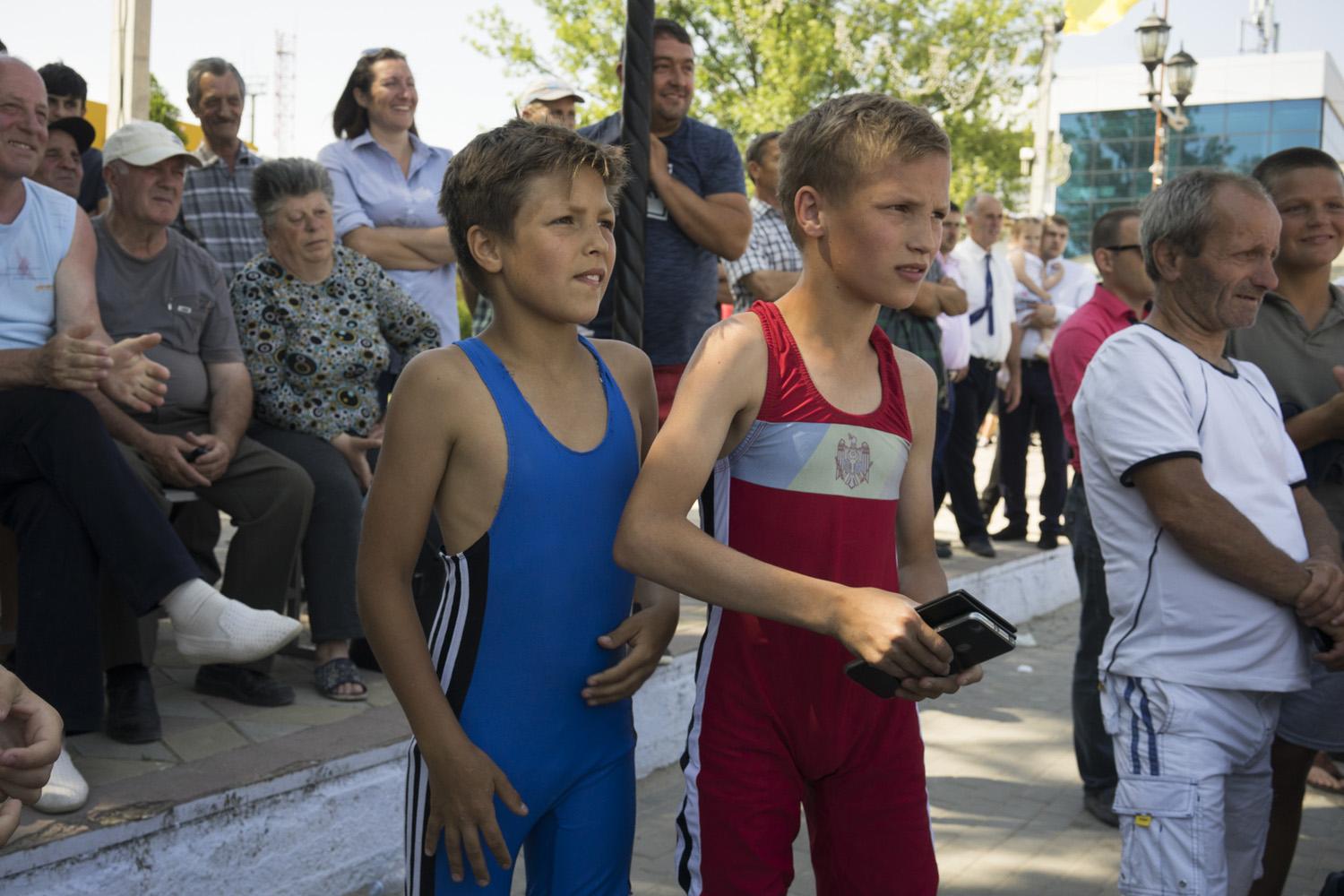 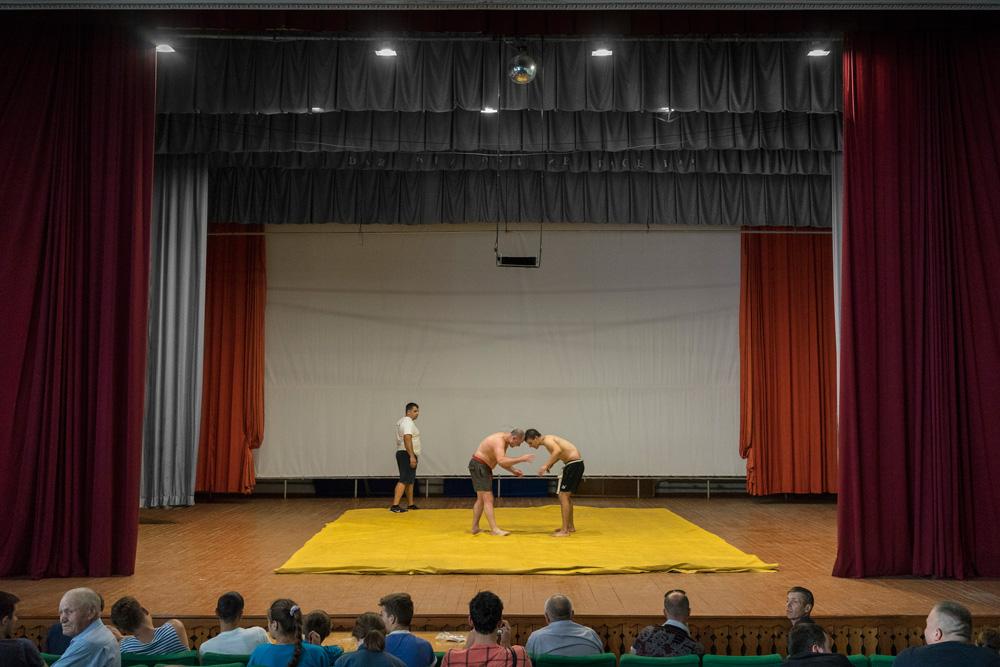 4 / 17
On the main stage of the local culture house, inhabitants of the town compete for the living ram on the traditional wrestling art called trinta. Cocieri, Dubasari district, Republic of Moldova. 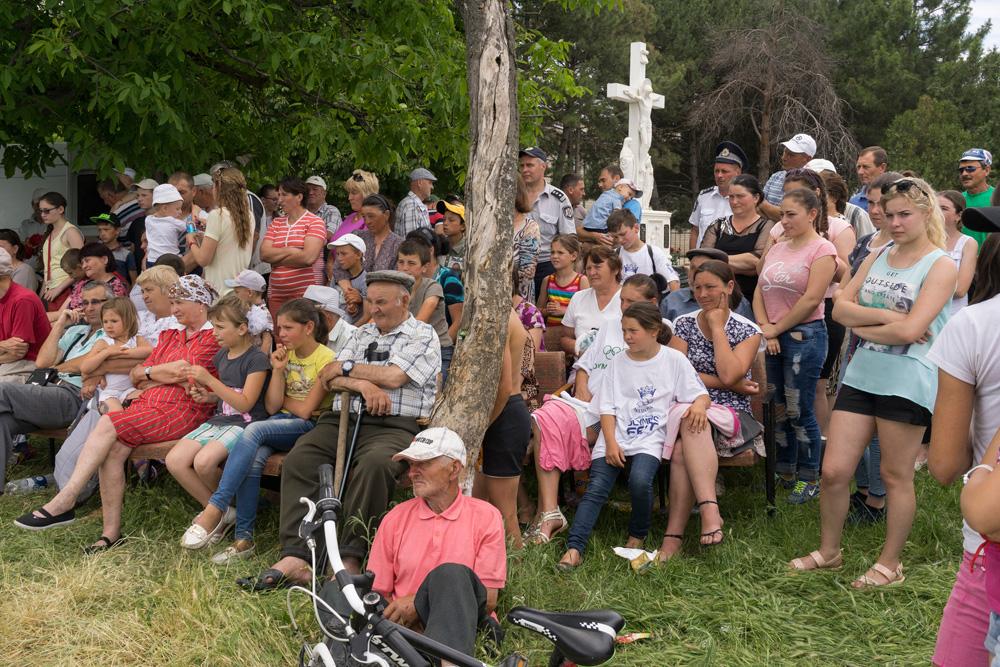 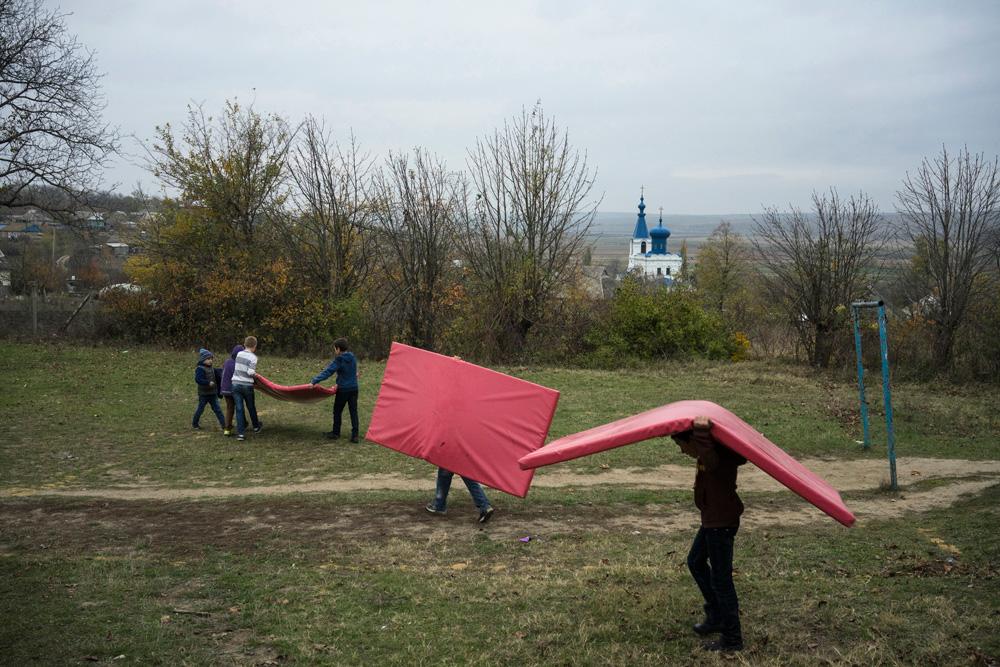 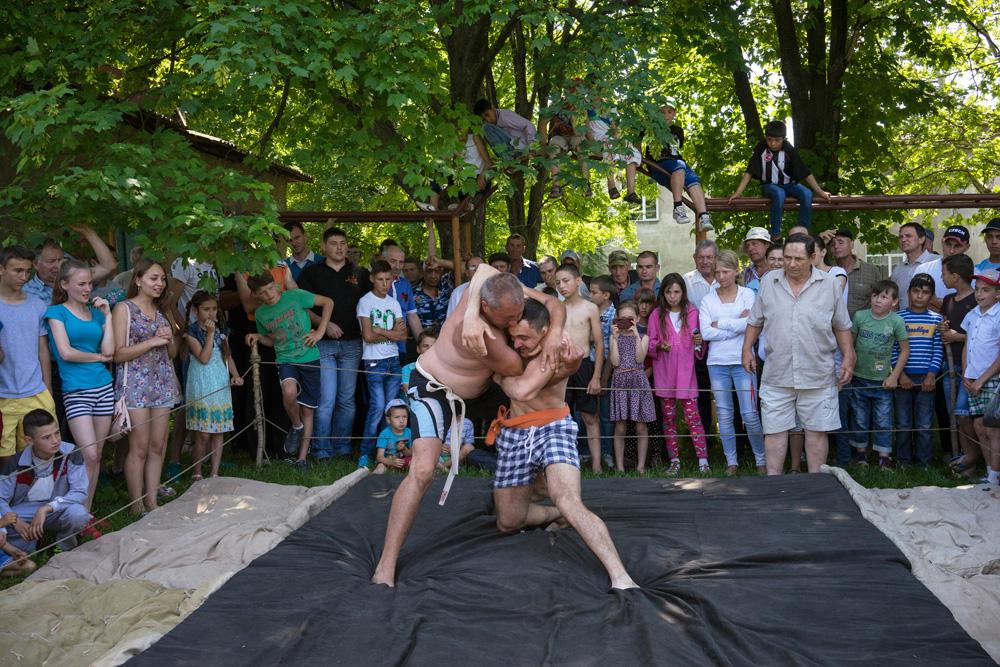 7 / 17
In the sport field, the public gathers very close around the mats during the competition. "We do with what we have got" says the organising mayor of the village. The population has sunk extremely over the years and although efforts are made to keep the tradition alive, the participants are less numerous than in the past. , Orhei region, Ciocilteni, Orhei region, Republic of Moldova. 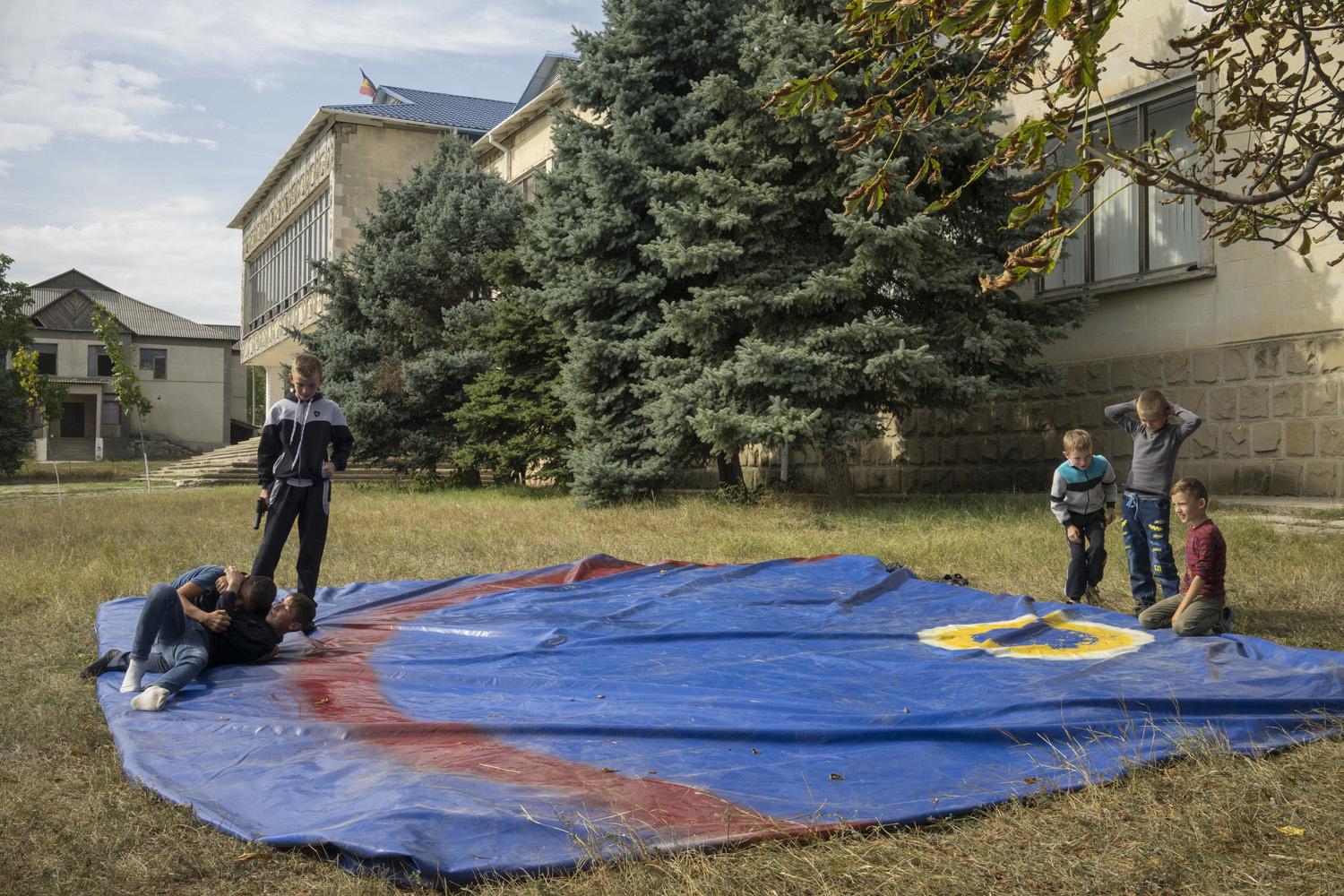 8 / 17
Kids playing on the mat before the competition starts 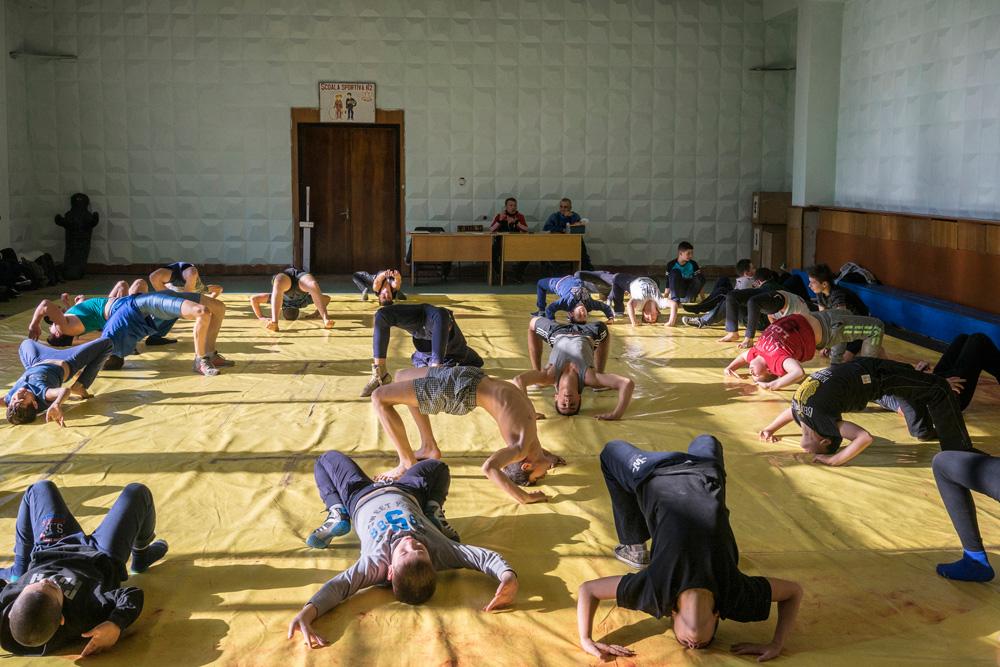 9 / 17
Participants warm up before the trinta competition starts. The city day is on the patron saint of the place, and here it is ceelebrated in November, the competitions are held inside the gym, which is located in the house of culture. city of Cahul, Southern Republic of Moldova. 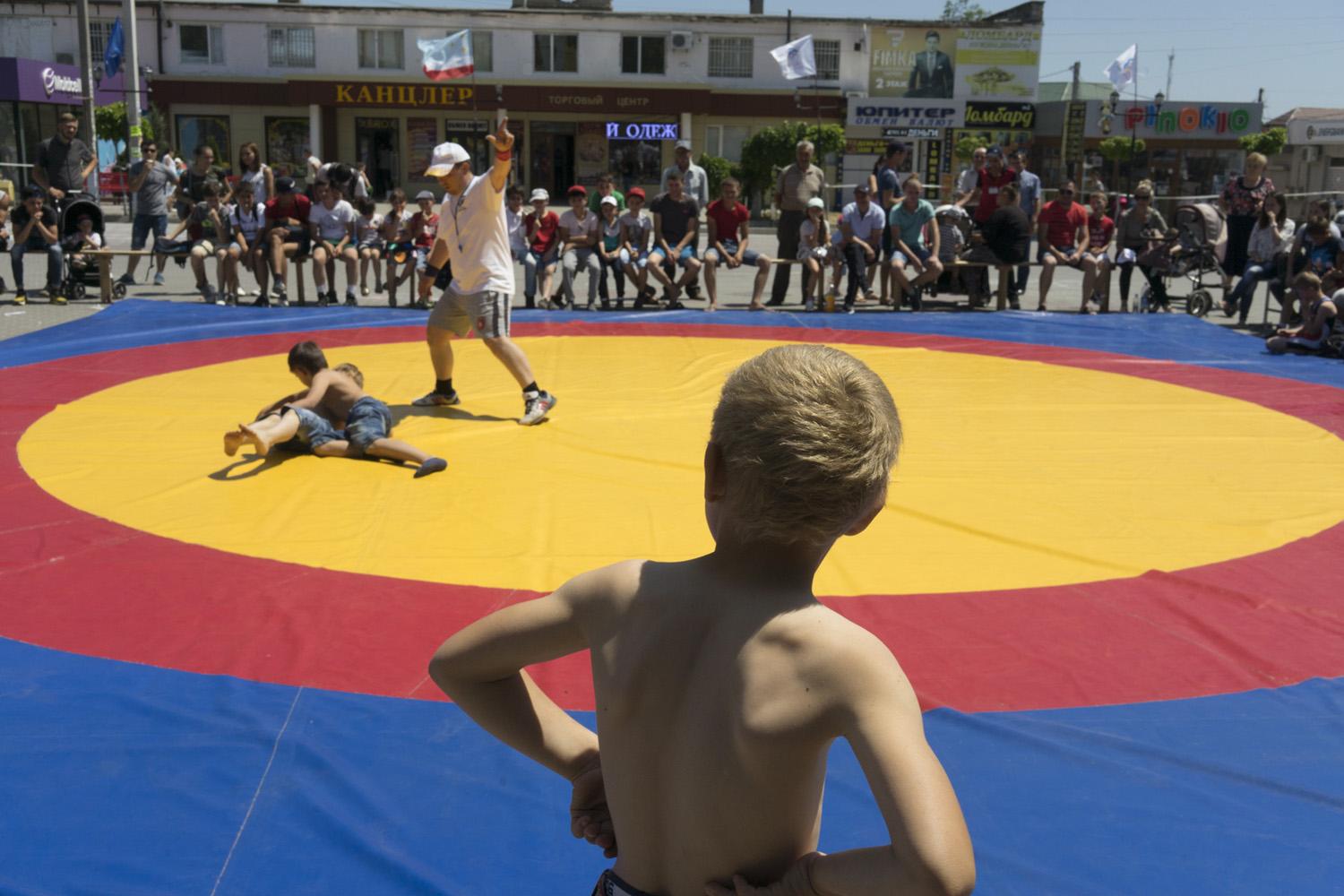 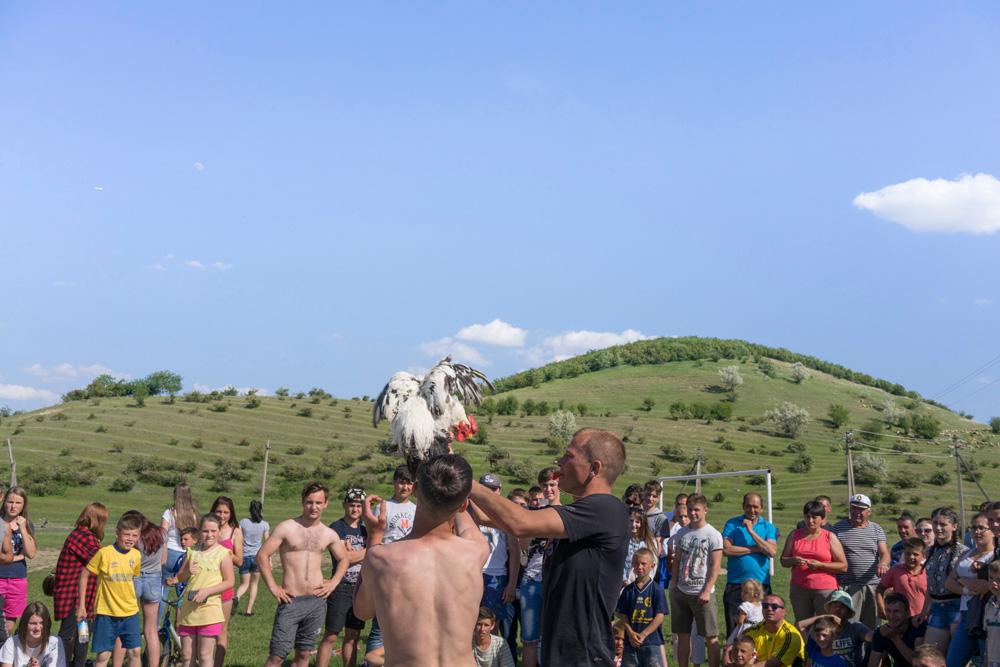 11 / 17
The winner among the teenagers is raising the living rooster to show off after the competition. The rooster is usually the traditional prize for the children category, each prize has to be taken around the mat for two rounds. Hansca, Ialoveni region, Republic of Moldova. 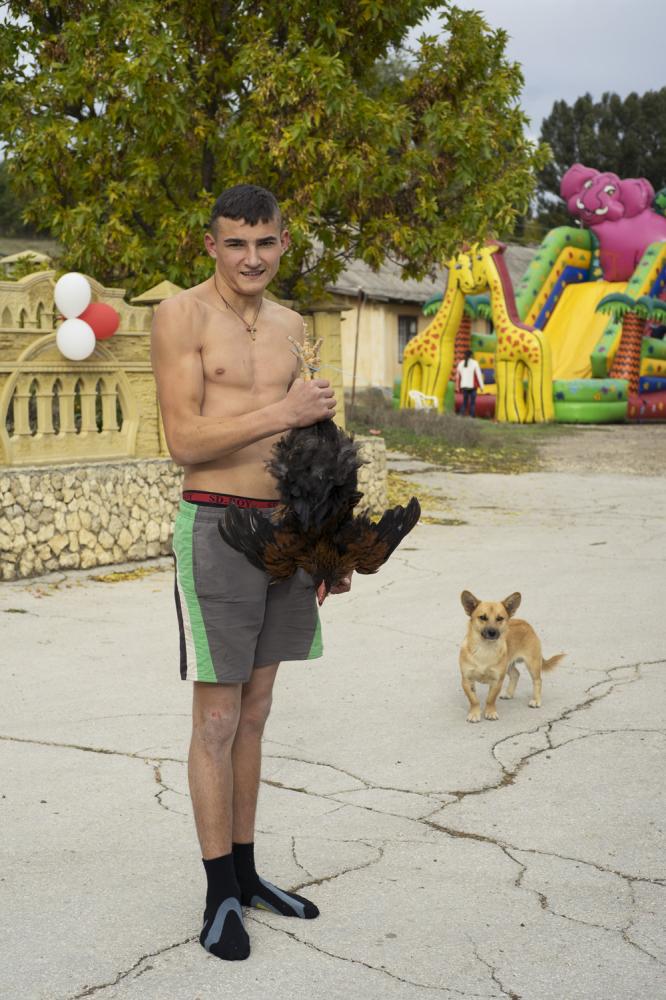 12 / 17
Sascha, born in 1999, is the winner of the trînta competition for teenegars, with his price, a living rooster. During the village day, the Trînta competiotion takes place in front of the city hall. The tournement is divided into three categories: children, teenagers and adults. The children and teenagers win a living rooster, while the adult will win a living ram. the referee is a specialist of the traditional wrestling art of Moldova and Dean of the Sport University of Chisinau 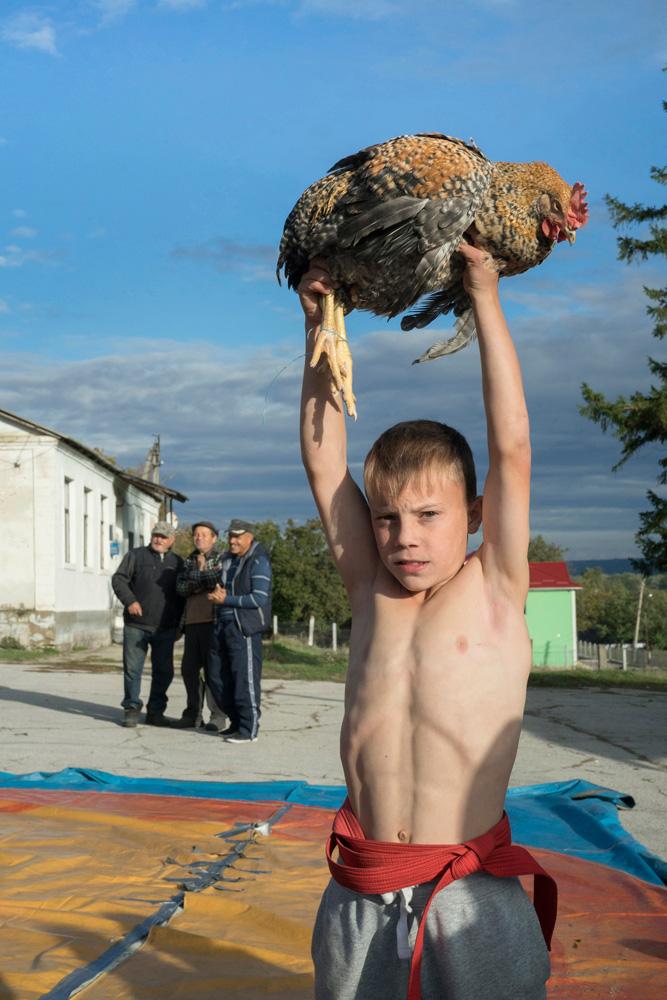 13 / 17
Dan Dacin, 10 years old, 37kg, winner of its category is showing the living rooster he got. During the village day, the trinta competition takes place in front of the city hall. The tournament is divided into three categories: children, teenagers and adults. The children and teenagers win a living rooster, while the adult will win a living ram. Cosernita, Criuleni region, Republic of Moldova. 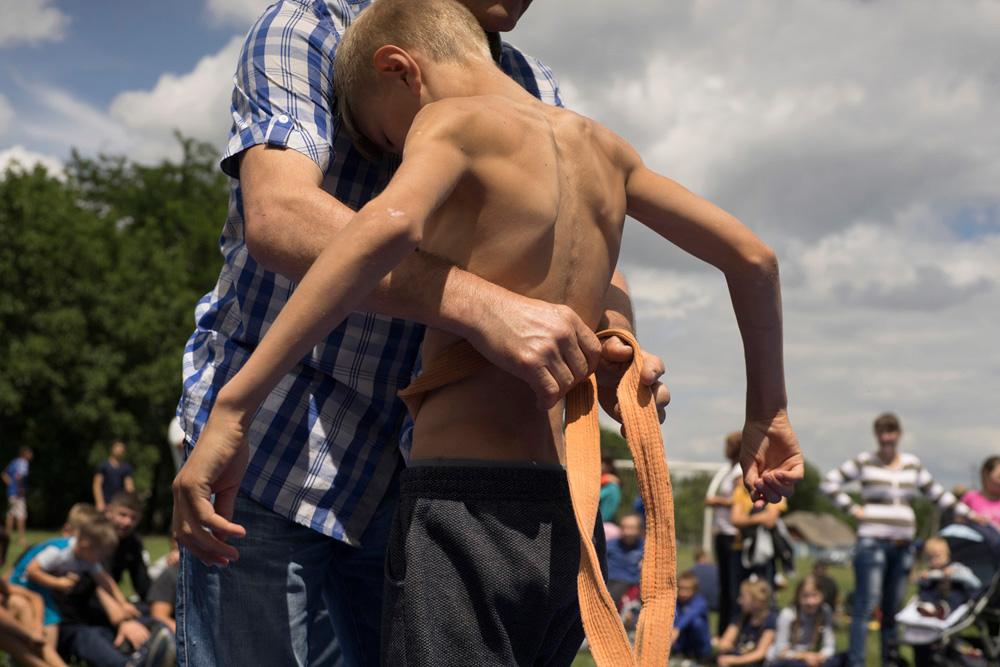 14 / 17
The referee ties the "breu" (the typical bellt for the trinta) to a participants before the fight starts, Soroca district, Republic of Moldova. 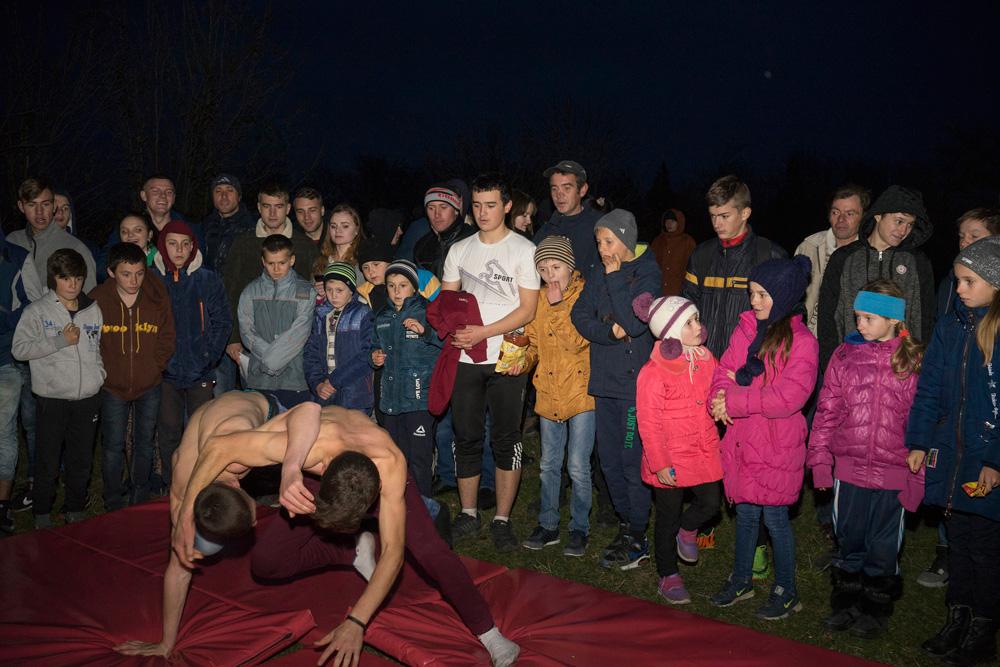 15 / 17
On a late November afternoon the inhabitants of Plop-Stiubei are stil competing on the mat. Illuminated by the lights of a car or of many mobile phones, the topless men provide the show for the villagers.  Plop-Åžtiubei, CauÅŸeni district, Republic of Moldova. 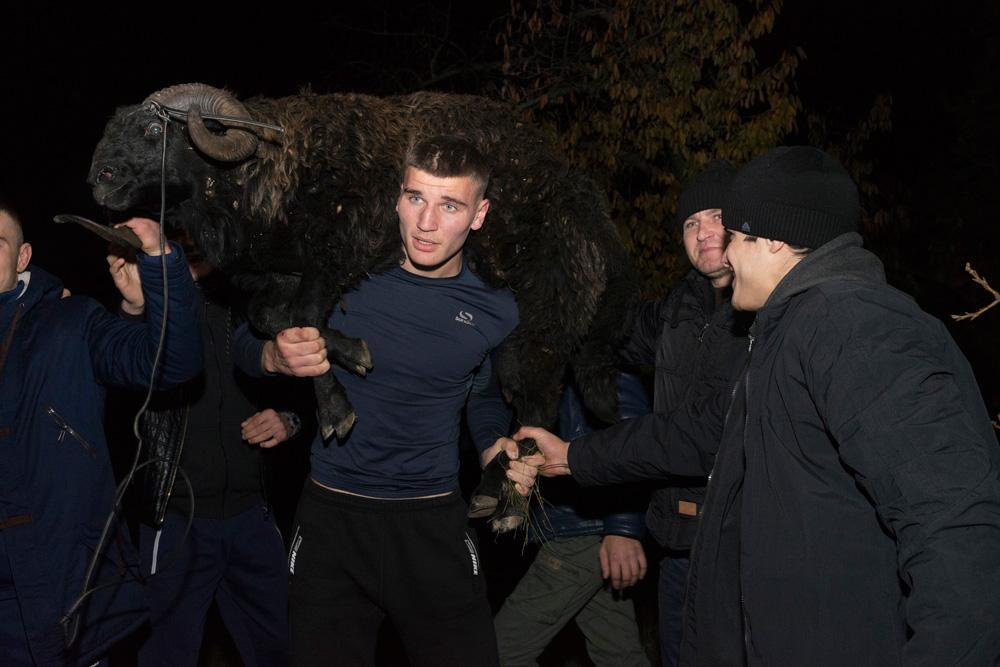 16 / 17
Sandu, the winner of the living ram is a 18 years old who took part for the fist time in the adults competition. He professionally trains freestyle wrestling in the local regional sport centre. But the trinta competitions are for everybody in the village who is brave enough to step on the mat, with or without previous experience. Plop-Åžtiubei, CauÅŸeni district, Republic of Moldova. 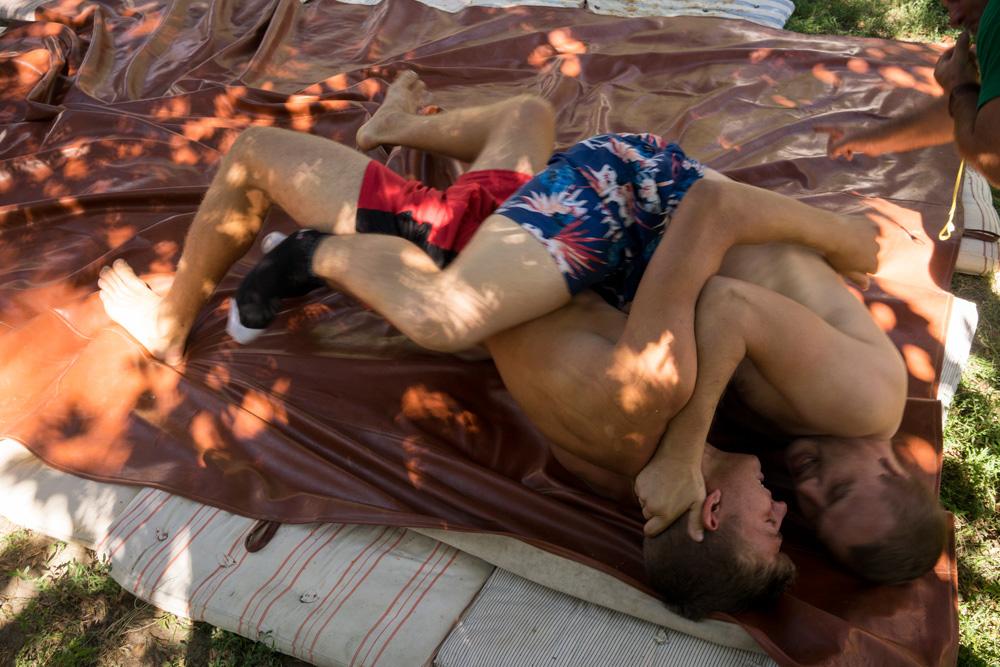 17 / 17
The mattrass is prepared in front of the house of culture. Soon the "Trinta" competition will start on the village day, Colosova, Transnistria region, Republic of Moldova.